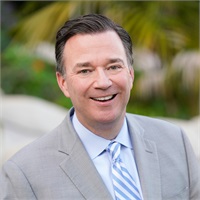 David was raised in upstate New York and graduated from the State University of NY at Buffalo with a Bachelor of Arts degree in Political Science. As a self-described lifelong learner, David returned to school in 2017 to pursue a graduate degree. In 2019, he earned a Master of Business Administration degree, with distinction, from the SC Johnson Graduate School of Management at Cornell University.

David is a proud veteran of the US Army. Although he was born in Canada, he became a United States citizen so he could serve as an officer in the US Army Reserve. David served 8 years as an Armor officer and is an avid supporter of veteran’s organizations.

David along with his wife, their two sons and daughter, moved to California in 2006 and happily reside in San Diego.